Have you ever wondered why the Italian variety of white marble is considered as some of the world’s finest creations? Is it just like any other white marble only originating in Italy or is there more to the story? Let’s find out!

From its use in sculptures to adorning homes or to give an office area an extraordinary feel; white marble is known to transform any space into an embodiment of luxury. Bianco Lasa, an Italian white marble is unquestionably one of the most widely used and sought after natural stones in the world for centuries. But the question is, why?

Named after its place of origin the beauty of Bianco Lasa marble never gets old. Original Bianco Lasa marble is extracted only in one quarry, located in the village of Laas, in the North of Italy – Laaser Tal Valley. This small village is renowned for giving the world, the purest and strongest range of white marble. 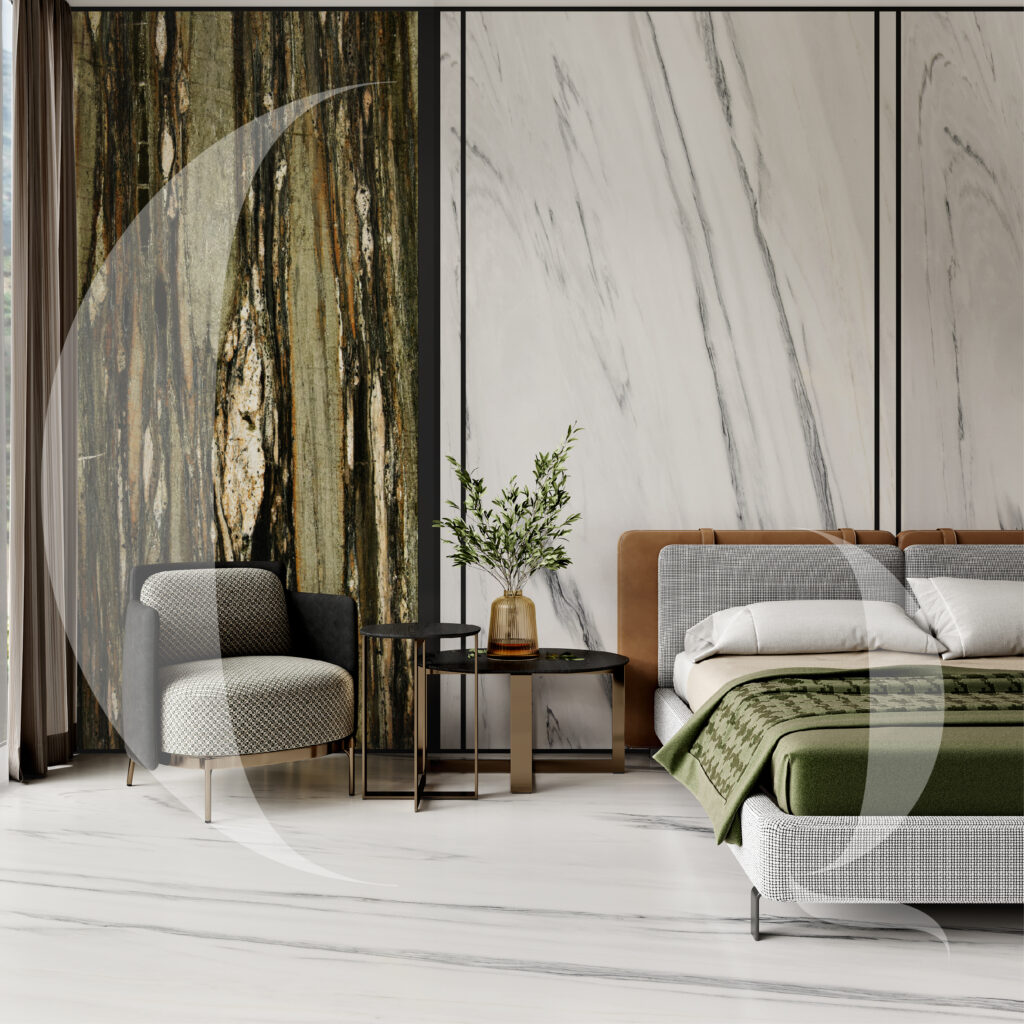 Bianco Lasa marble is said to have formed over 400 million years. Over the course of hundreds of millions of years, organisms at the bottom of the ocean were compressed by gravity into beds of calcium crystals. As water bodies evaporated, the deposited remains formed into limestone. Intense pressure and heat from the earth forced the stone to metamorphose into marble. Over time the movement of tectonic plates around southern Europe caused the ancient seas to rise in the formation of the Alps, forcing marble into the mountains. What we now see is the Lasa marble 1567 meters above sea level. The white patches that you see on the mountains even from afar are in fact marble and not snow.

Even today, the demand for this white marble is staggering, which is probably why poor substitutes of white marble are sold under the name of Bianco Lasa in the market across the country. We at The Quarry bring to you the LAAS AUTHENTICO collection. Being one of the best Italian marble companies in India, we bring home the finest slabs of the whitest Bianco Lasa marble.

The Quarry Curators travel all the way to the Italian mountain tops and select pristine blocks with subtle grey and luxurious gold veins. They are bathed in pristine Alpine waters and cut by generations of Italian craftsmen to 20mm world standard thickness on world-class machines. The Quarry Gallery in Mumbai offers a stunning range of white natural stone, magnificently displayed in the 12,500 sq. ft. temperature-controlled environment. 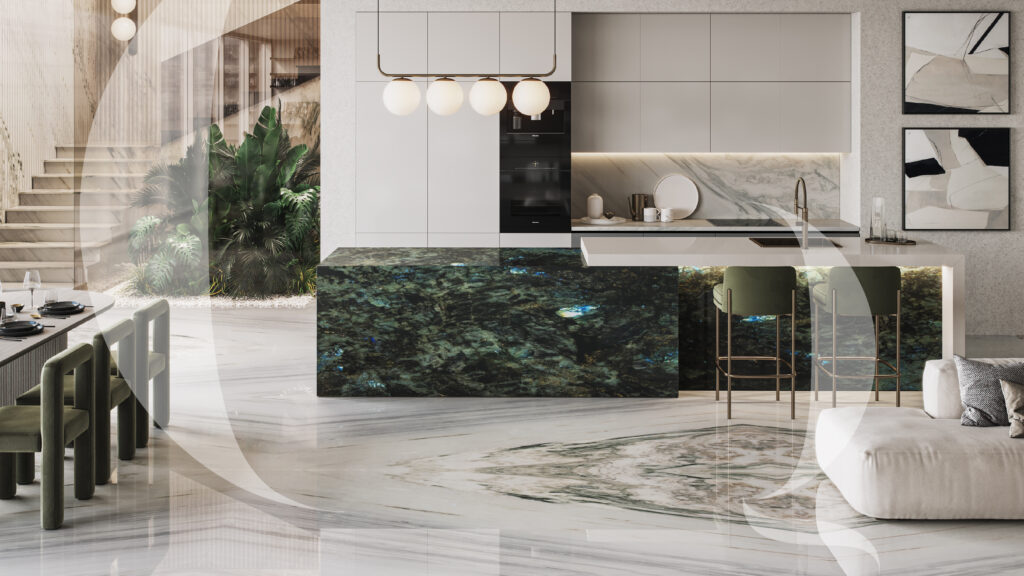 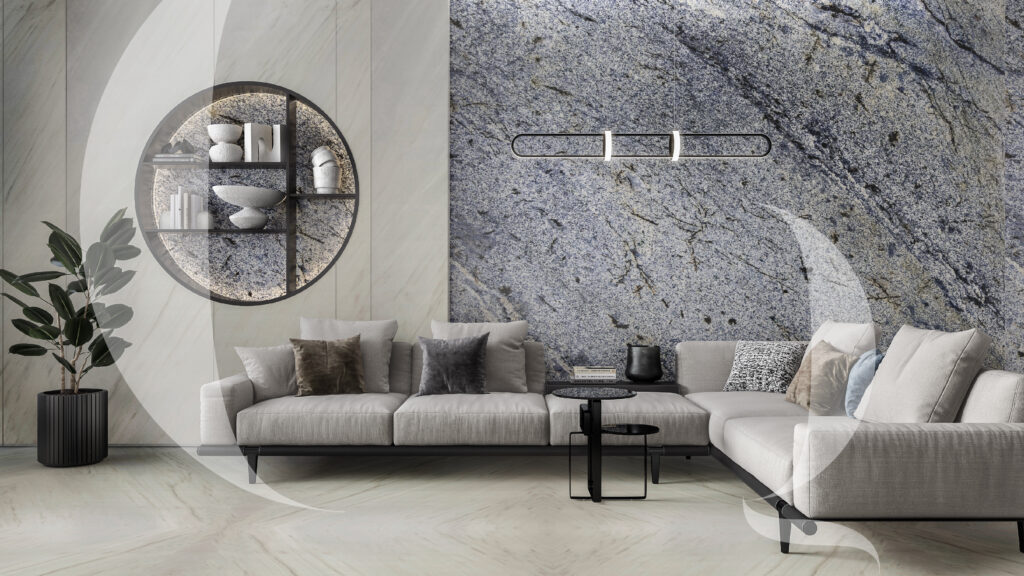 Laas Authentico collection of marble is known for its exceptionally pure, stark-white colour. In contrast to other marbles, Bianco Lasa is resistant to frost and other adverse weather conditions. It is very versatile and is beautiful, practical and highly functional. It is highly recommended for applications like flooring and wall cladding in living rooms, kitchens, bedrooms and even bathrooms. 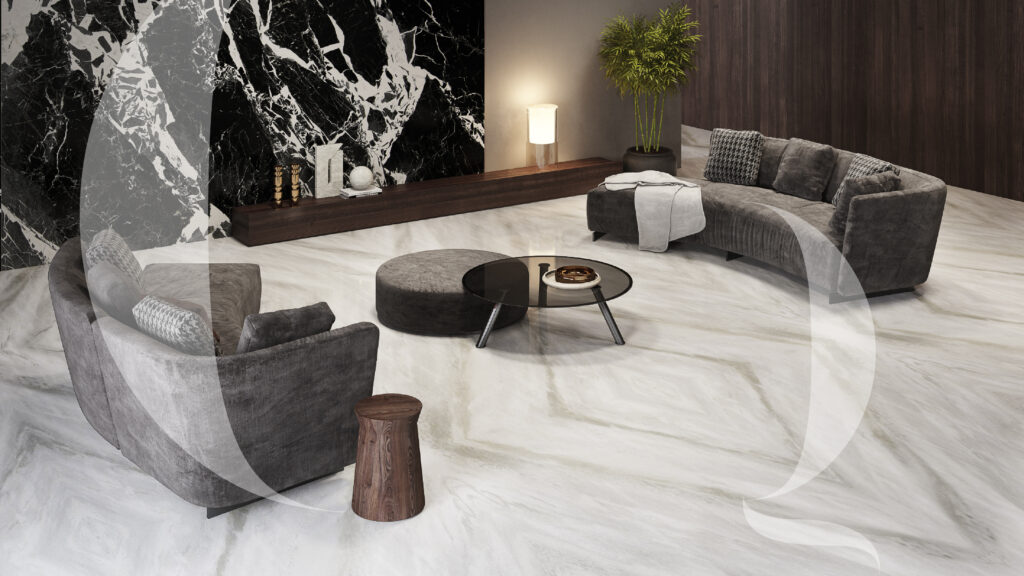 Before you select a marble for your home, do choose to visit The Quarry Gallery. Our curators would love to take you on a personalised tour and even urge you to walk bare feet on a slab of LAAS AUTHENTICO. They would love to tell you more about our epic journeys and introduce you to our breath-taking marble, granite and onyx collections curated from 31 countries.

We also offer you innovative technologies like the BactoFinish and QVAC that strengthens the marble. The Quarry Site and Installation Audit or QSIA is a process through which we study your space and your ideas. Conduct a thorough check to find UV impact, air quality and water density. So you make an informed choice and our luxury marble, granite and rare onyx looks as magnificent when installed as it does when displayed.

Book your appointment with our curators and you would certainly find some amazing inspiration as we give you a one-of-a-kind experience. Call +91 99305 44444 to buy best Italian marble, granite and onyx near you, right here in Mumbai, India.